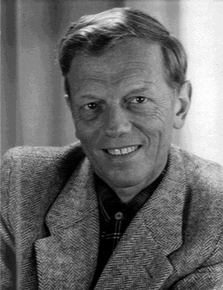 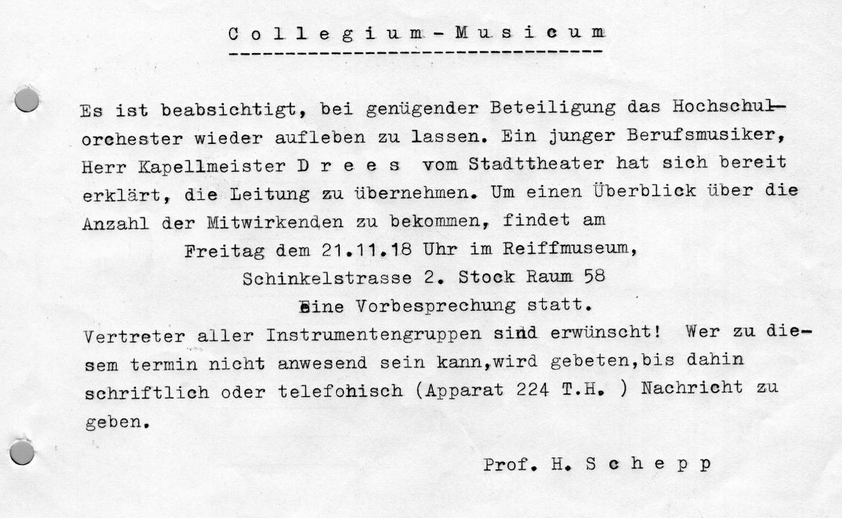 Copyright: © Collegium Musicum Bulletin board notice from 1952 looking for musicians for the newly founded orchestra

In the winter semester of 1952, Professor Helmuth Schepp took the initiative to revive orchestral culture at RWTH Aachen University and founded a small orchestral ensemble with about 30 members. This was led by Kapellmeister Wolfgang Drees (Stadttheater Aachen). After some initial smaller appearances, the tradition to hold university concerts was first started in 1954 with G. F. Händel's "Overture to Theodora," which was performed in the university dining hall, or Mensa. After Gustav Fülleborn led the orchestra in 1955 and 1956, Rudolf Bremen took over the ensemble and founded the university choir, whose academic direction lay with Professor Herbert Döring. The ambitions of the now two-part ensemble grew steadily under Bremen's direction.