You Are Here: The latest: Raimund Laufen and young talents 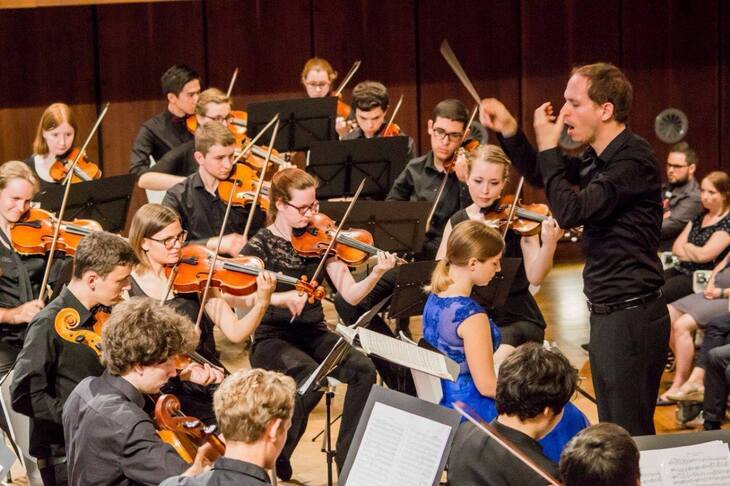 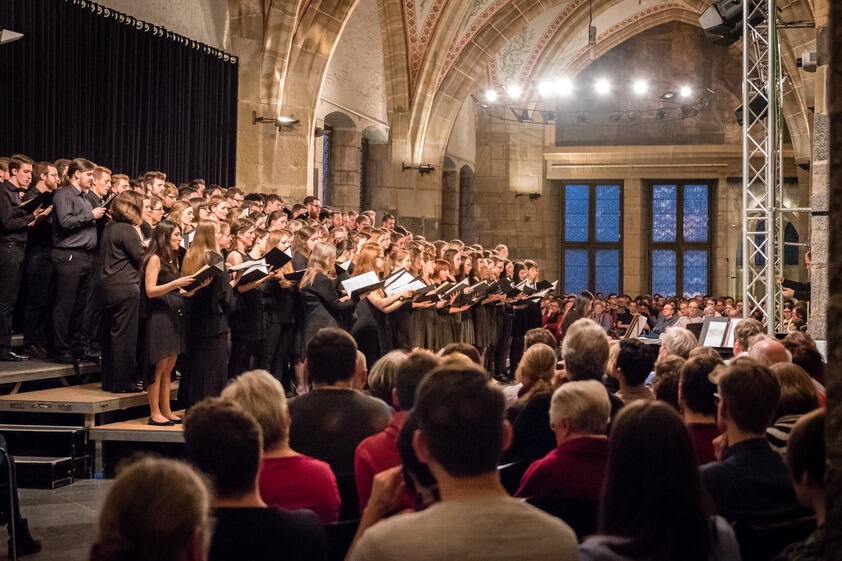 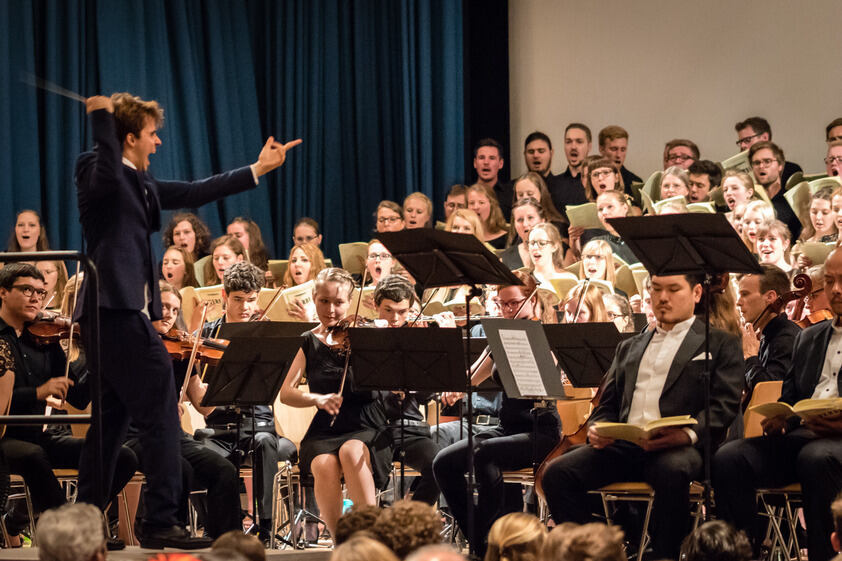 At the beginning of the summer semester 2017, Raimund Laufen took over the ensemble and launched his tenure with "Ein Deutsches Requiem" by Johannes Brahms. In the following winter semester, the orchestra brought Wagner, Bruch, and Dvořák to the stage, while the choir brought the Collegium and its faithful listeners back to the Coronation Hall of Aachen City Hall. Under the title "A capella Chormusik aus Barock und Moderne" (A capella choral music from baroque and modern times), a versatile program was performed in which romanticism was deliberately omitted. Johann Sebastian Bach's "Jesu meine Freude" was a Baroque motet, which was framed by Arvo Pärt's "Magnificat" as well as pieces by Philipp Stopford and Eric Whittacre. Well received, the concert will certainly not be the choir's last in this historic place adorned with historical frescoes.

In May 2018, the Carbon Fiber Quartet was formed from the ranks of the orchestra. Under the motto "Innovation meets culture", instruments made of the modern material CFK (carbon fiber reinforced plastic) were developed in cooperation between the University and mezzo forte Streichunstrumente (Werther). In this way, research and innovation are combined with Aachen's musical culture. Since then, the string quartet of committed orchestral musicians has played at various RWTH and industry events, such as the "Wissenschaftsnacht 5 vor 12".

At the beginning of the 2018 summer semester, Laufen gave the stage to the 26-year-old conductor of the Japanese Philharmonic Düsseldorf, Julio G. Vico. Maximilian Friedrich took over choir rehearsals. Laufen continued to support the musicians in his function as Collegium Musicum's music director. Together with soloists from the Hochschule für Musik und Tanz Köln (Aachen branch), the ensemble performed Giuseppe Verdi's "Messa da Requiem" on stage. The more than 1000 visitors of the two sold-out concerts were enthusiastic about the performance. While Vico continued to lead the orchestra, Tobias Haussig took over the direction of the choir.

In the summer semester 2019 Raimund Laufen celebrated his farewell with the performance of Carl Orff's Carmina Burana. The concert at the Eurogress Aachen was attended by 1,400 listeners. He handed over the Collegium Musicum to Tobias Haussig, who is now Musical Director at RWTH University.