You Are Here: University Music Directior 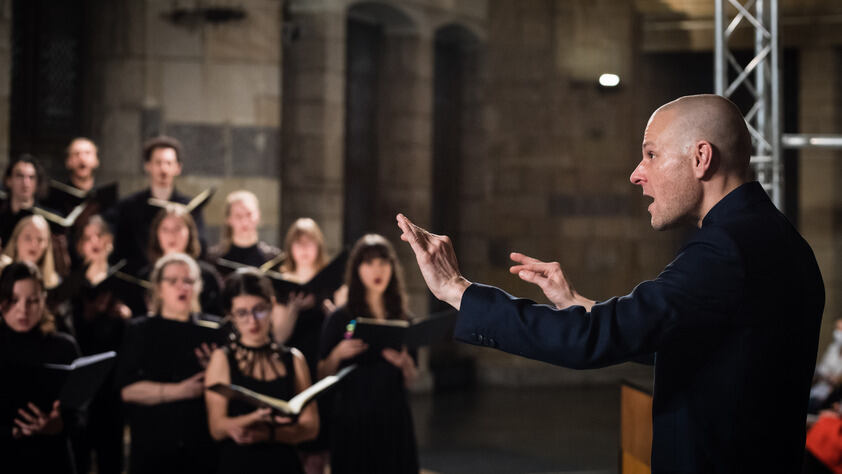 Tobias Haussig is a conductor and music educator. After completing five years of early studies at the Hochschule für Musik Hans Eisler in Berlin, he studied trumpet, instrumental pedagogy and conducting at the Berlin University of the Arts. He gained experience playing in an orchestra with RIAS Youth orchestra as well as with various state youth orchestras in Berlin, Brandenburg, and Saxony-Anhalt. During his studies he was a member of the Berlin Reggae/Dancehall Ensemble “Hans der Kleingärtner” and supported, among others, Udo Lindenberg, MIA, Peter Fox, and Seidenmatt in live performances as well as for studio recordings. Concert tours led him to Asia, Latin America, Europe, and the USA.
Through assistances and internships, Tobias Haussig was able to develop his conducting skills in a targeted manner - he has already worked with Sir Simon Rattle, Sebastian Weigle and Nikolaus Harnoncourt. At the age of 18 he assumed the music director position with the wind orchestra of the "Junges Ensemble Berlin e.V." and in twelve years of partnership shaped a wind orchestra that regularly and successfully took part in competitions all over Germany. When he left Berlin in 2012, the orchestra appointed him its Honorary Conductor. Involved from the first conceptual stages in April 2014, he has been director of the Bläserphilharmonie Aachen and was instrumental in the planning and conception of the orchestra even before the first rehearsal. At the WMC in Kerkrade in July 2017, he achieved a gold medal with distinction in the 1st Division with the BPA. 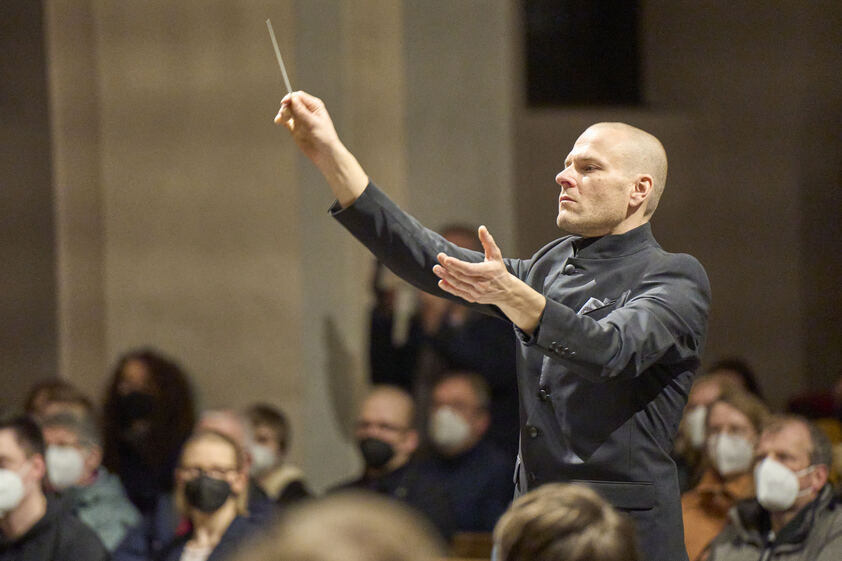