You Are Here: Instructors

Ingeborg Stijnen studied music education, conducting, singing and opera at the Maastricht Conservatory. She won the bronze baton at the 1993 Wereld Muziek Concours Kerkrade International Conducting Competition and the International Conducting Award at the 1994 Brno Wind Music Festival in the Czech Republic. She won several national prizes, such as with the Symphonic Wind Orchestra Harmonie l'Union and most recently in 2019 with the Orchestra Philharmonie Sittard. Abroad, she was a frequent guest in Carinthia, where she was conductor and co-founder of the Landesjugendblasorchester Kärnten. As a jury member, she worked as an independent jury chairperson at WMC Kerkrade in 2017 and as well as at the 6th German Music Festival in Osnabrück in 2019. During her career, she also conducted several choirs. Besides being a music teacher and conductor, she is chairperson of the Cultural Commission of the Province of Limburg (NL). 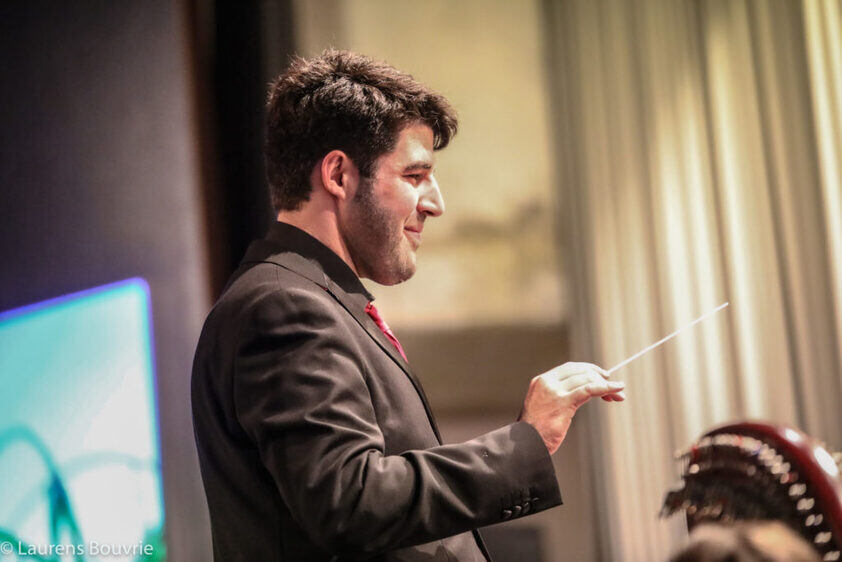 Julio Domingo (born in Spain, 1990) began writing music in his teens, under the mentoring of Ferrer Ferran. He combined the Composition studies in Castellón with the work as a producer in Nuestras Bandas de Música (web and television program for wind music) and collaborations with different wind and symphony orchestras, big bands, jazz combos and chamber music groups.

As a composer, he has a catalogue of more than 40 scores for different settings and styles: orchestra, band, choir, chamber music, electronics, etc., some of which have been awarded on international contests, outstanding the 1st Prize in the 4th International Contest "La Prime Lûs" in Italy, for Dríades del bosque. In 2020, he wrote Versos al Alba, as a test piece for the orchestra contest “Certamen Provincial de Valencia”.

Currently, he obtains a Master in Conducting with Ivan Meylemans, Orchestra and Opera Conducting with Enrico Delamboye and he is conductor of the Kgl. Musikverein “Zur alten Linde” (Belgium), the K.F. De Lauwerkrans Mopertingen, and assistant-conductor of the Bläserphilharmonie Aachen (Germany). He combines those activities with composing and arranging.