Under the name "Herbstemotionen" (Autumn Emotions), the Aachen Hospice Foundation once again held a benefit concert for the newly built hospice in Aachen Simmerath on 1 November 2017. In 2014, the Aachen Symphony Orchestra played at this event. This year, the orchestra and choir of the Collegium Musicum played alongside other well-known artists, such as the "Lovely Mister Singing Club", in front of an enthusiastic audience. 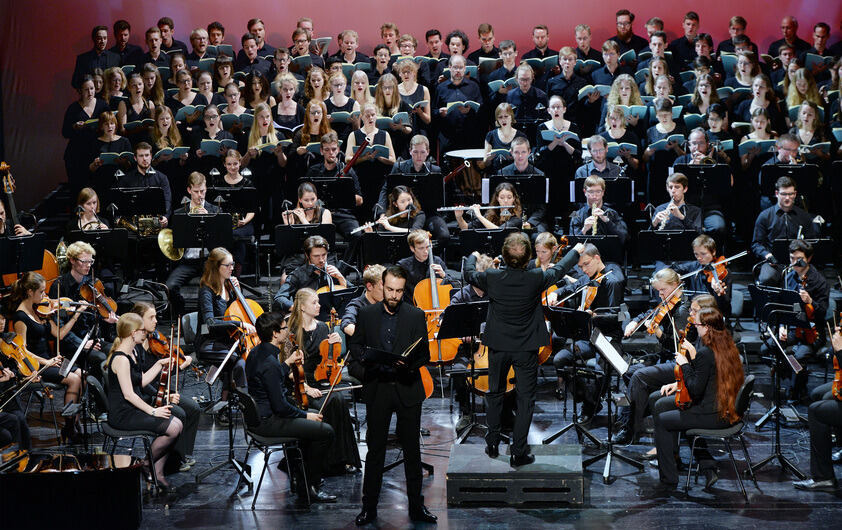 Despite the very short rehearsal time - due to the beginning of the semester in mid-October - we were highly motivated to get involved socially through our music in this way. The programme included some movements from the "German Requiem" by J. Brahms.

A small special feature: Fabio Lesuisse agreed to make music with us again and sang the baritone solo.

This memorable evening was accompanied by Mrs. Ulla Schmidt, Vice President of the German Bundestag and Chairperson of the Board of Trustees of the Hospice Foundation Aachen Region. Even the second tier of the impressive theatre was sold out and it was an exciting experience for the musicians of the Collegium Musicum to play on the stage of the city theatre for such an occasion.