You Are Here: 60 years of Collegium Musicum: The end of the Pittie era, Ernst von Marshall

60 years of Collegium Musicum: The end of the Pittie era, Ernst von Marshall 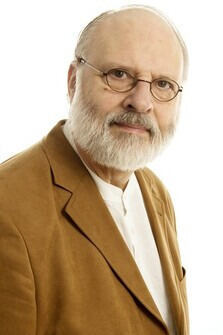 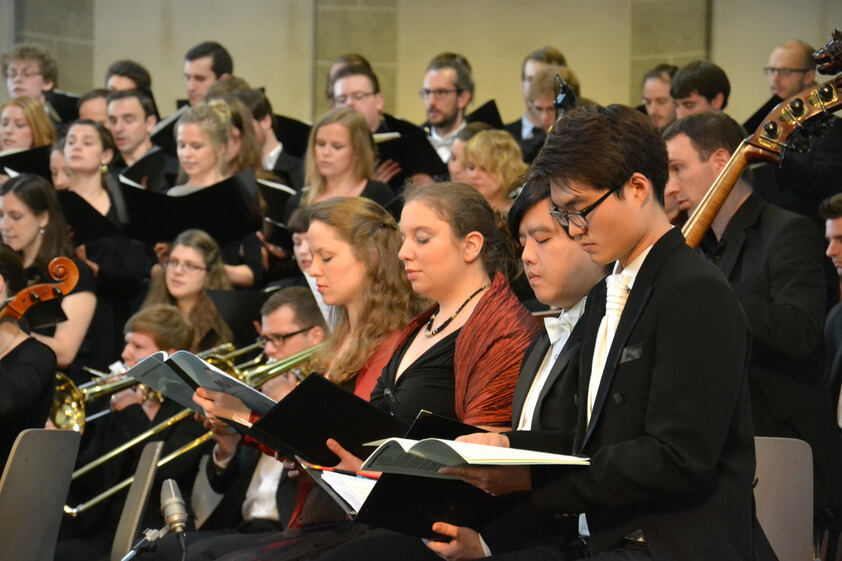 On the occasion of his 16th anniversary, Collegium Musicum's conductor of many years, Hubert Pittie, prepared for audiences a choir arrangement of "Serenade to Music" as well as the rarely performed trumpet concerto by Wal-Berg and the monumental 2nd Symphony by Felix Mendelssohn-Bartholdy.

In 2010, the orchestra paid particular attention to the performance of the "unfinished 2nd Symphony" by the composer Norbert Bergmüller, who had died in Aachen at a young age in 1864. Robert Schumann had regarded him as a promising artist of his generation and assisted him with part of the instrumentation. The performance by the Collegium was only the sixth in the work's history since its premiere in 1864.

On the occasion of the ensemble's 60th anniversary, four concerts were performed throughout the semester, showing Collegium Musicum's great versatility. Karl Jenkins's great mass titled "The Armed Man" was conducted in collaboration with Maastricht.

In the winter semester of 2014, Professor Thomas Gries took over the position of the ensemble's academic director from Professor Haberstroh, who had held this position for 18 years. In the summer semester of 2015, Hubert Pittie also took his leave after many successful years at Collegium Musicum and passed the baton to Ernst von Marshall from Düsseldorf. The new music director gave his debut with a German song program spanning 500 years (choir) and the 3rd act from Wagner's "Lohengrin" (orchestra). Later, he led performances of Johann Sebastian Bach's St. Matthew Passion in collaboration with the Choir and Youth Symphony Orchestra of the Tonhalle Düsseldorf.

In the following semesters, Collegium Musicum performed "Die erste Walpurgisnacht" by Felix Mendelssohn Bartholdy, "Messe für zwei vierverstimmige Chöre" by Frank Martin, as well as orchestral works by Johann Nepomuk Hummel and Maurice Ravel. A particular highlight for the orchestra was an exchange with the academic orchestra of ČVUT Prague, which began with a trip to Prague in November 2016. One year later, the orchestra came to Aachen, and the two ensembles delighted audiences with a joint program in the presence of the rectors of both universities.