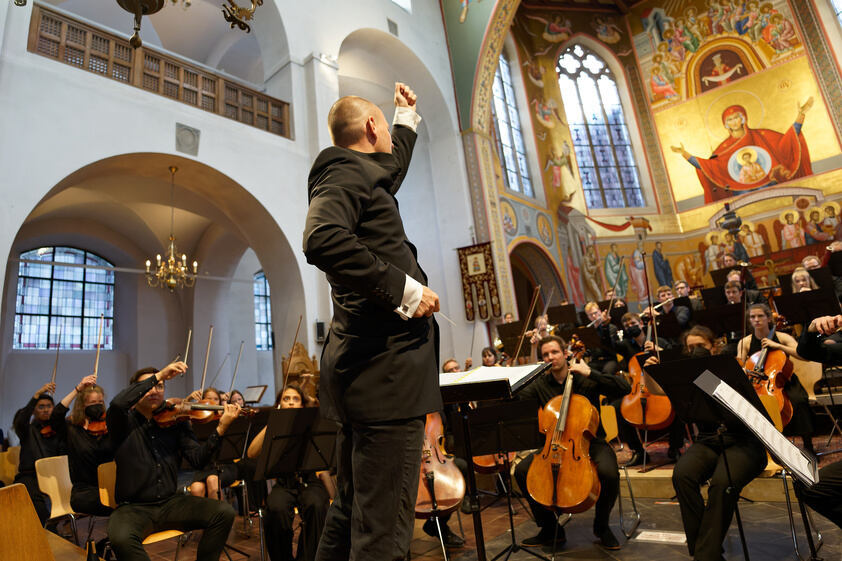 At the end of the summer semester 2022, the orchestra of the Collegium Musicum played a colorful summer concert in the Greek Orthodox Church of St. Dimitrios in Aachen on July 8 and 9. The varied program began with the impressive overture to Giuseppe Verdi's opera "Nabucco", which is characterized by both fine melodies and powerful tutti parts. In contrast to this was the work that followed: the Circus Polka by Stravinsky. Here the orchestra showed how well it masters time changes as well as unusual rhythms and harmonies. This was followed by the Trumpet Concerto by Alexander Arutjunjan with soloist Simon Bales. Together, the orchestra and soloist filled the church with the stirring melodies and harmonies. The concert was concluded by the First Symphony by Robert Schumann, with which the orchestra demonstrated yet another musical facet.